LIVE Your Life. Let US Fight Your Cancer.

LIVE Your Life. Let US Fight Your Cancer.

Though proton therapy may seem relatively new, the idea of utilizing energetic protons as a treatment for cancer was first published by scientist Robert R. Wilson in 1946. Early treatments were performed at nuclear physics facilities, such as the Harvard Cyclotron Laboratory, and eventually gave way to the first hospital-based proton therapy center in 1990. Since then, over 30 proton cancer treatment centers have been established in the United States. Hampton University Proton Therapy Institute (HUPTI) was the eighth center to rise to prominence, and has evolved to become the largest free-standing facility of its kind in the world.

Based on its exacting treatment focus, proton radiation has continued to be used as an effective treatment for cancer. With the ability to target tumors with greater precision, proton therapy allows physicians to treat cancerous areas more aggressively with less risk to healthy tissue and organs. Because of this, patients often experience limited side effects and complications.3-4, 6-8, 15 Proton therapy is most popularly used in the treatment of head and neck, brain, and prostate cancer, but growing results from its application for other cancer types, including breast, lung, GI and more, have continued to prove positive.3-15, 17-24

Today, over 100,000 people worldwide have received proton therapy, a number that is anticipated to grow larger and faster as more and more proton therapy centers continue to open their doors within the next several years. As one of the first proton therapy centers, HUPTI remains a stalwart of this evolving and innovative treatment type. Paired with our dedication to research and patient comfort and recovery, we strive to remain at the forefront of both cancer and patient care.

Find out more about how proton therapy works.

We use cookies on our website to give you the most relevant experience by remembering your preferences and repeat visits. By clicking “Accept All”, you consent to the use of ALL the cookies. However, you may visit "Cookie Settings" to provide a controlled consent.
Cookie SettingsAccept All
Manage consent

This website uses cookies to improve your experience while you navigate through the website. Out of these, the cookies that are categorized as necessary are stored on your browser as they are essential for the working of basic functionalities of the website. We also use third-party cookies that help us analyze and understand how you use this website. These cookies will be stored in your browser only with your consent. You also have the option to opt-out of these cookies. But opting out of some of these cookies may affect your browsing experience.
Necessary Always Enabled
Necessary cookies are absolutely essential for the website to function properly. This category only includes cookies that ensures basic functionalities and security features of the website. These cookies do not store any personal information.
Non-necessary
Any cookies that may not be particularly necessary for the website to function and is used specifically to collect user personal data via analytics, ads, other embedded contents are termed as non-necessary cookies. It is mandatory to procure user consent prior to running these cookies on your website.
SAVE & ACCEPT 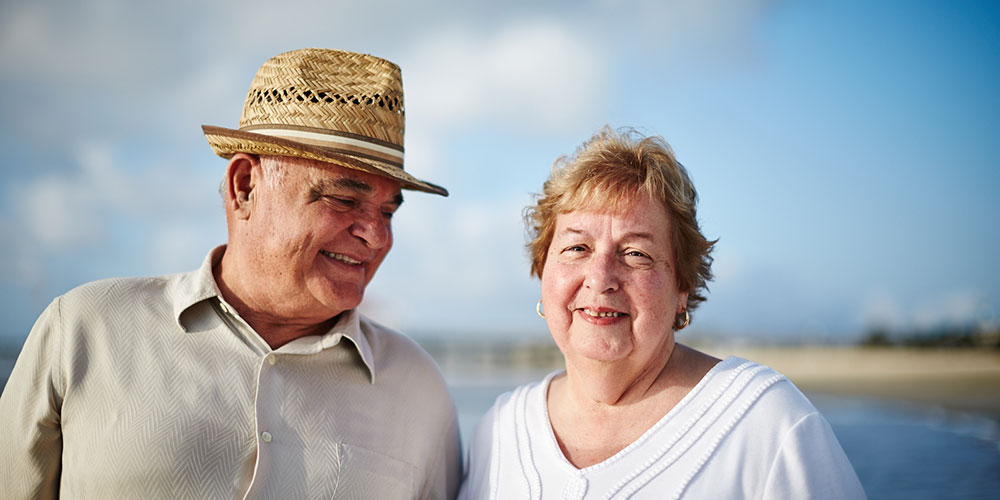 Never having been ill before, I was extremely apprehensive about my diagnosis and treatment. However, the first time I entered the Proton Center, I was immediately put at ease. The doctors and staff were thorough in explaining the procedure in depth. They were absolutely right about not having any side effects and I was able to continue my life as usual and with no restrictions. The only evidence was the very slight tanning of each side of my hips. 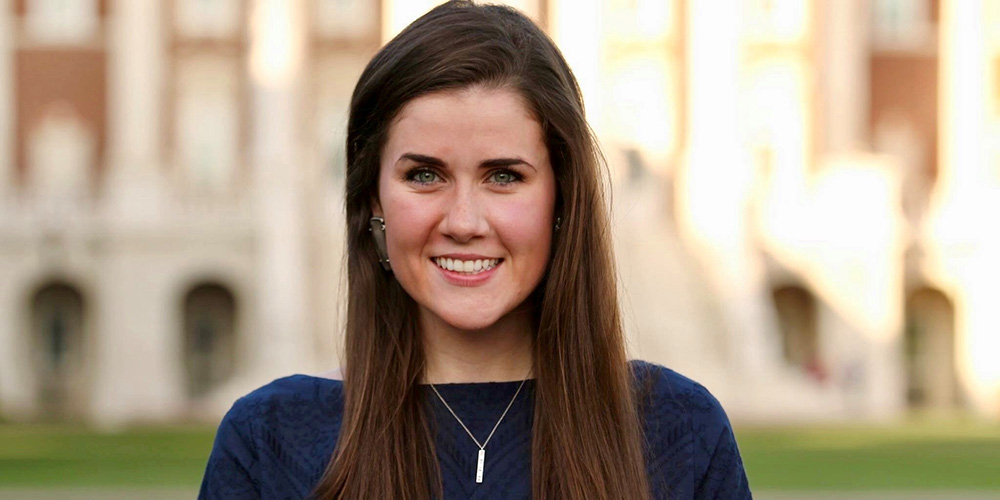 In 2016, I was a junior in college at Christopher Newport University. In my spring semester, I was diagnosed with a rare form of brain cancer, Anaplastic Ependymoma. As a 21 year old student, we looked for the best, most minimally invasive option available to treat my young brain. When we heard about Proton Therapy technology and experienced the care that Dr. Allan Thornton and the radiologist staff at Hampton University Proton Therapy Institute (HUPTI) provided, we looked no further.

Our experience at HUPTI was unparalleled. With little to no side effects, I was able to live a “normal” life and finish school while undergoing cancer treatment – how is that possible? HUPTI made that possible. Thanks to the staff there, I was able to keep my spirits up during my darkest days. My family and I were overwhelmed daily with the level of care we received from all involved in my treatment plan. There is no better option than proton therapy, and there is certainly no better place to receive it than HUPTI!

As I approach 5 years of remission, I look back with immense gratitude for my time at Hampton University Proton Therapy Institute. I am blessed from the experience, and forever changed. 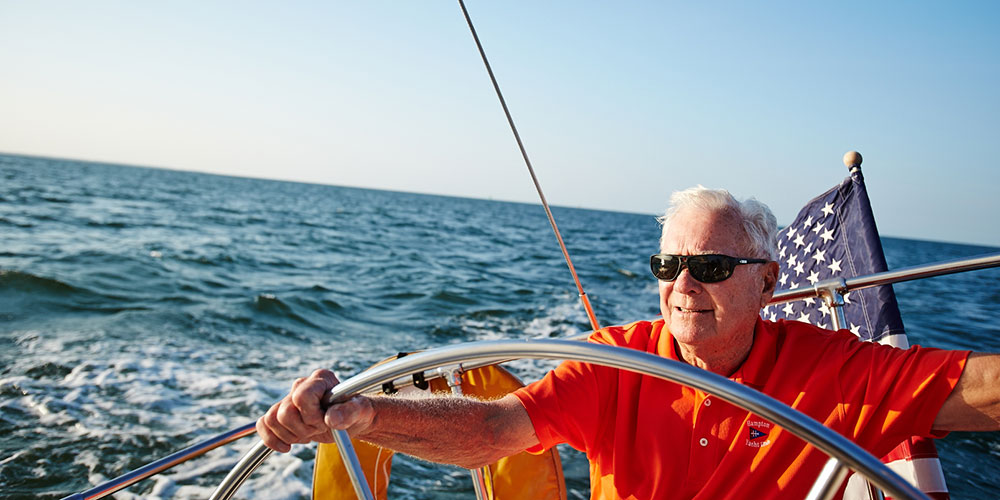 My experience with HUPTI was one of confidence building in a very caring and comfortable environment during a scary time in my life. All persons were confident, energetic and friendly during and after treatment — they were really something. The staff was very supportive and informative throughout my treatment experience. I can definitely recommend HUPTI for the treatment of cancer. Proton therapy allowed me to continue with my daily activities. 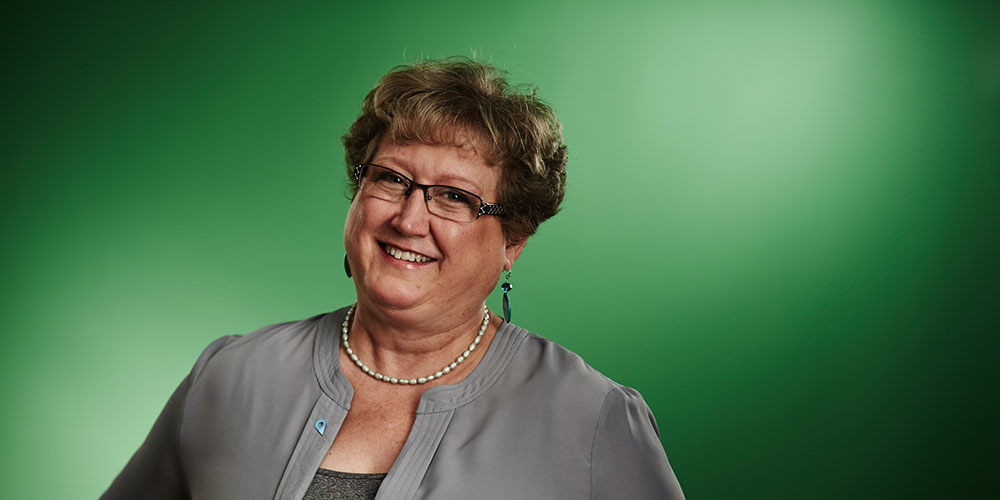 When I first received the brain tumor diagnosis, it was such a scary thing to hear. The tumor was near my optic nerve, and with conventional radiation, there was a possibility of blindness. I am a busy mother of three girls. I wanted to be able to see my daughters grow up. I wanted to be able to witness all their milestones. I researched proton therapy and when I saw the experience and expertise of the physicians and staff at the Hampton University Proton Therapy Institute, I began to feel at ease. My husband didn’t have to take off work to drive me to my treatments. I could drive myself. The only side effect I experienced was minor fatigue. I was able to maintain my busy schedule as a mother. My family didn’t see any changes. Isn’t that amazing? Proton therapy gave me normalcy and saved my eyesight. 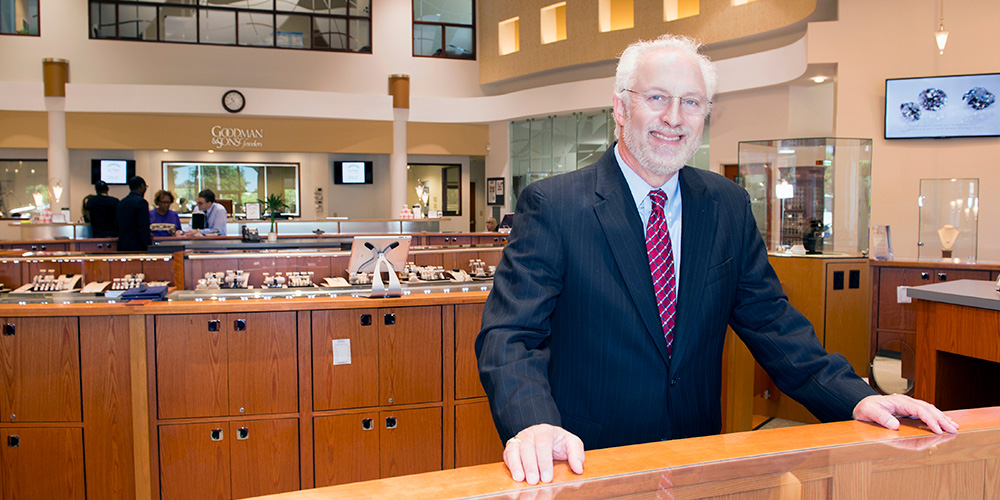 Back in June of 2016, I had a high PSA and my doctor recommended a biopsy; prostate cancer was discovered during that biopsy. When I was diagnosed, I was devastated. I thought that was a death sentence. This disease runs in my family. My uncle and my cousin both had prostate cancer and both opted for surgery – I saw firsthand what it did to them with the side effects and complications.

I thought there had to be another option. My doctors said it was surgery or regular radiation; they didn’t tell me anything about proton therapy. I did my own research and decided proton therapy was right for me.

I feel great. I had no side effects. My treatments were scheduled for early in the morning – I would go in at about 8am and be out of there in an hour or less. I didn’t miss a day of work. In fact, I didn’t miss a beat. The process was very comfortable.

I’m very grateful. Being a father, grandfather and a business owner, I wanted to continue my life with as little interruption as possible. Proton therapy afforded me that opportunity. I want to thank the Hampton University Proton Therapy Institute for the wonderful treatment I received. We’re very fortunate to have a facility like this here in Hampton. 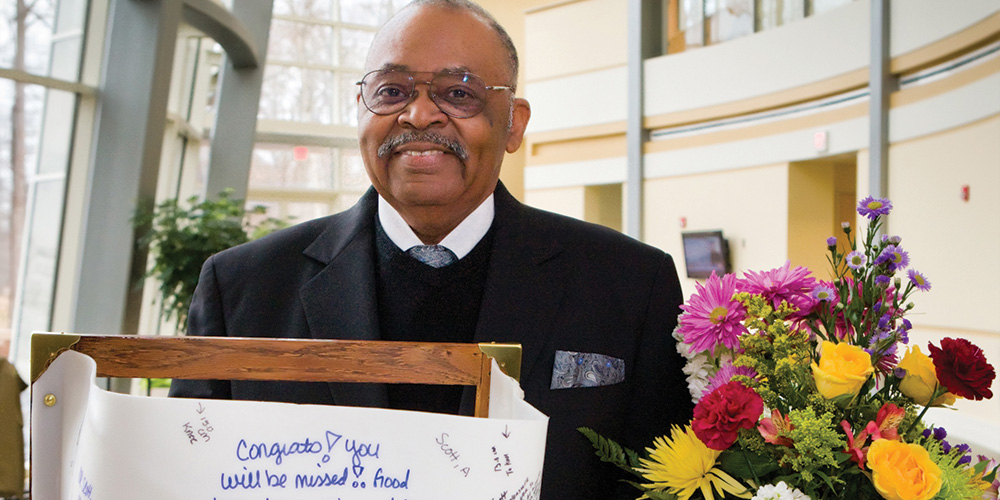 In July of 2009, I received a diagnosis of prostate cancer. Because I had many friends who had issues with conventional radiation, I wanted to seek an alternative treatment.

I decided on proton therapy at Hampton University Proton Therapy Institute (HUPTI) and I am very happy with my decision. My appointments lasted about 30 minutes per day for about eight weeks. After treatment, I would go home and work in my garden. Years later I haven’t had any after effects and I did not have to change my regular daily routine at any point.

I have been to every type of medical facility you can think of, but Hampton University Proton Therapy Institute stands apart from all of them. Being one of the very first patients at this facility has changed my outlook on life. 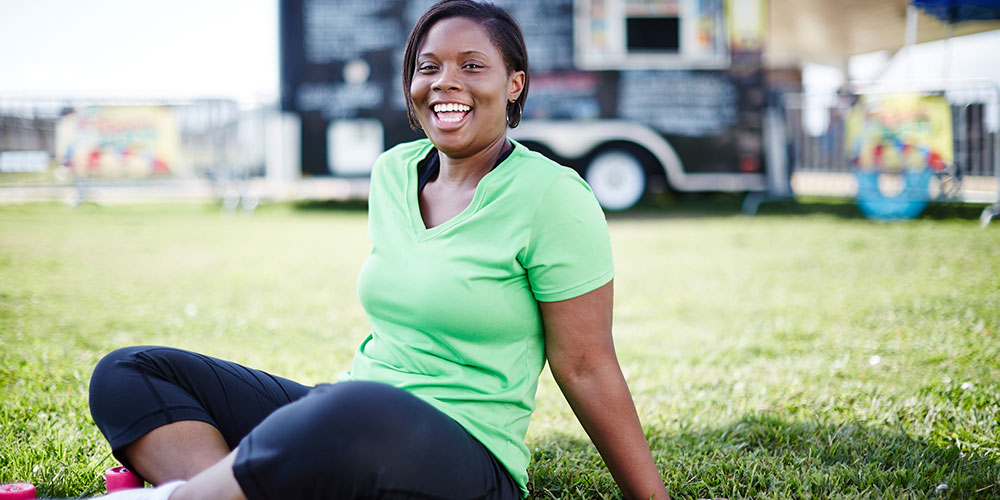 Being diagnosed with cancer is a frightening and life-changing event. After being diagnosed with a form of oral cancer called intermediate grade mucoepidermoid carcinoma, I was first faced with having surgery to remove the tumor from my hard palate. My next challenge was to choose whether to undergo intensity-modulated radiation therapy (IMRT) or proton radiation therapy. I did research on both radiation technologies. I consulted with a radiation oncologist that specialized in IMRT before visiting HUPTI. My visits were very different.

At the IMRT center, I felt like I was just another patient to them, not a unique individual. However, I felt welcomed and cared for from the moment I first stepped into HUPTI. Everyone at HUPTI goes the extra mile to make patients and their family and friends feel welcomed and at ease about the radiation process. After my initial consultation, I decided to move forward with proton therapy at HUPTI because of:

1. The fact that long term side effects are less likely with proton therapy
2. The expertise, thoroughness, and friendliness of my radiation oncologist at HUPTI
3. The sincere benevolence of all the staff members at HUPTI

I will be forever grateful to HUPTI. 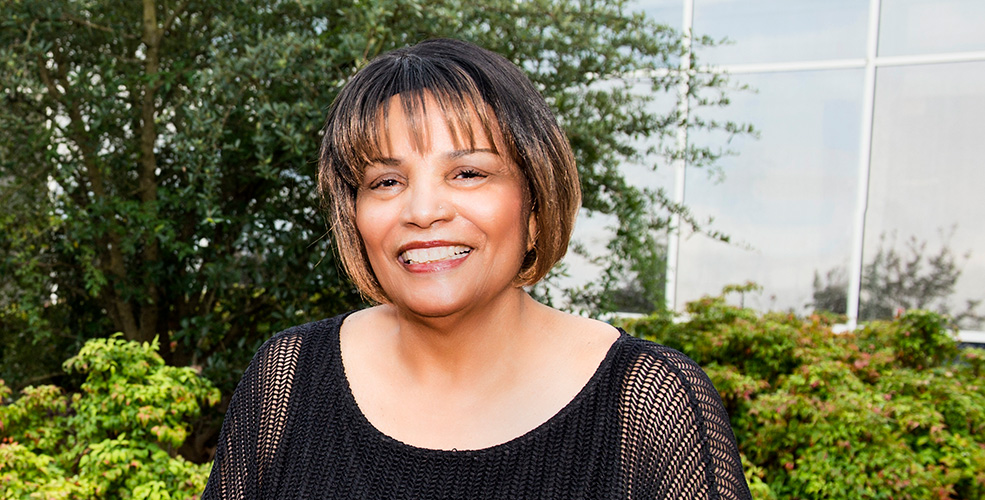 The possibility that I had breast cancer was suggested during a doctor’s exam back in 2016. They thought they suspected something, but they weren’t totally sure. At this point, I went to have a mammogram and found out I had breast cancer. Proton therapy was presented to me by one of my sisters and then I posed questions to the Doctor myself. The Doctor did not recommend anything – he couldn’t. Yet in still he gave me some great information that proved to be very valuable.

My initial visit to the Hampton University Proton Therapy Institute (HUPTI) was awesome and very relaxing. They were so friendly and it felt like you were a part of a family. It gave me renewed hope, to be honest. I knew what was going to go on; they were very direct in explaining the process. They made it extremely easy for me to come to my final decision. I was finished within a few weeks of treatment.

I feel great and I’m living a good life after my treatment at HUPTI. I’m breast cancer free – I had no side effects during or after. You won’t find a better treatment facility or more personalized care. I will be forever thankful to the staff at HUPTI for what they did for me. 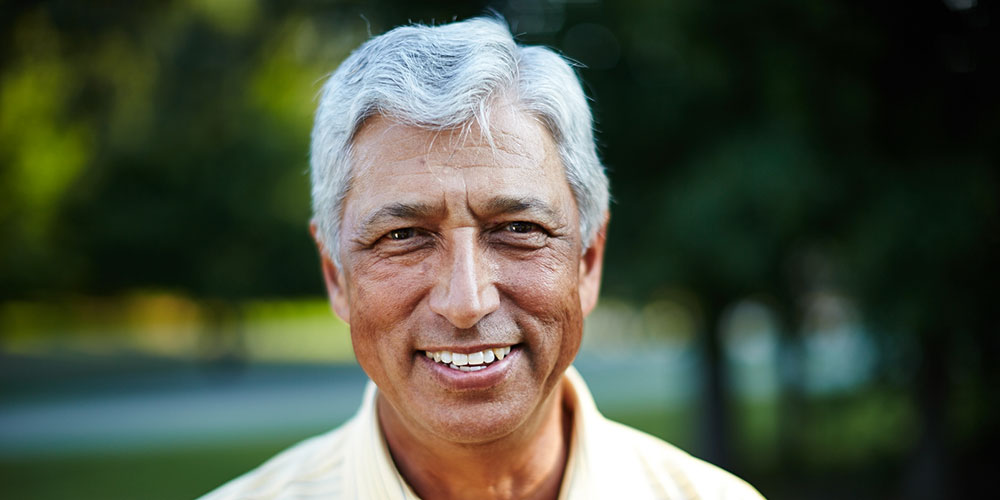 After five years of a slowly increasing PSA and a number of biopsies, I was notified on September 16, 2010 that cancerous cells were detected. I had read and conducted a lot of research on the Internet — just in case I was ever detected as positive.

I immediately called Hampton University Proton Therapy Institute (HUPTI) and received information of the facility, as well as a guided tour. I was impressed with the facility and what it offered. I was pretty sure that this would be the treatment for me. Then I read Bob Marckini’s book, “You Can Beat Prostate Cancer,” which led me to my final decision.

My first treatment began on February 7, 2011. All of the people that treated me were all very knowledgeable, professional, caring and friendly. Doctors Sinesi and Thornton were very impressive. Even though the facility was new and had just begun to treat patients, the doctors and staff had a lot of experience. I felt this was the A-Team attending to my care. I went to work every day during my treatment with no side effects. I am so happy I met these great people at the HUPTI.